This past summer I went cage diving with great white sharks aboard the FV Islander based out of San Diego. We spent 5 days trying to prevent our arms from turning into bloody stumps while admiring the crystal clear tuna filled waters around Guadalupe Island, Mexico. Every year, from June to November, over 150 sharks pass through the area which is about a 20 hour steam from the U.S./Mexico border. Read the article on Sunset Magazine’s website. Here are some outtakes from the trip: 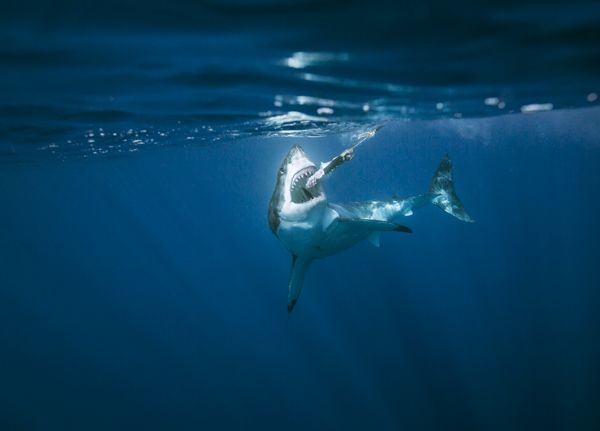 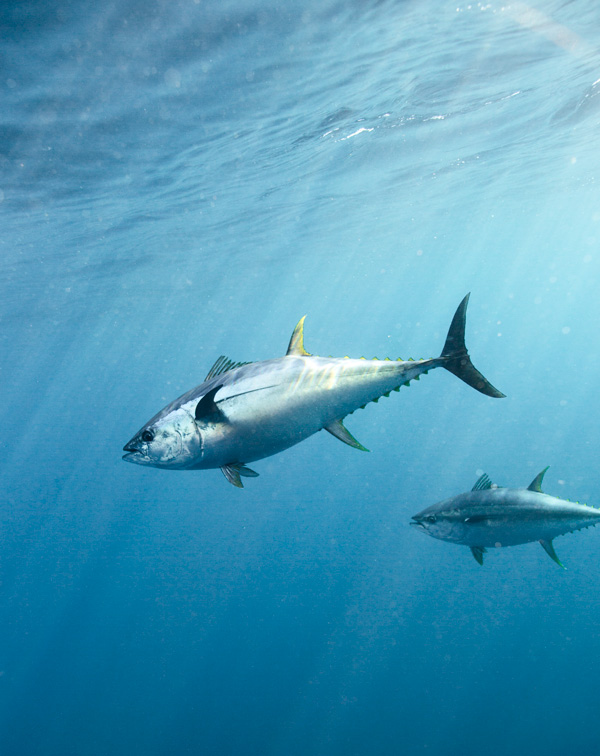 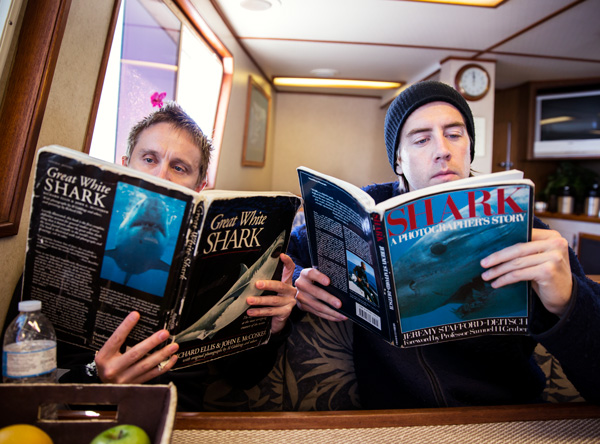 Norwegian/Hollywood director Tommy Wirkola and Norwegian actor Pål Sverre just happened to be along for the ride!

If you missed the July issue here are the spreads: 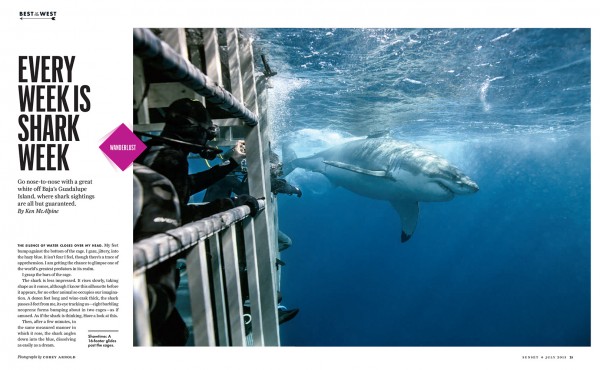 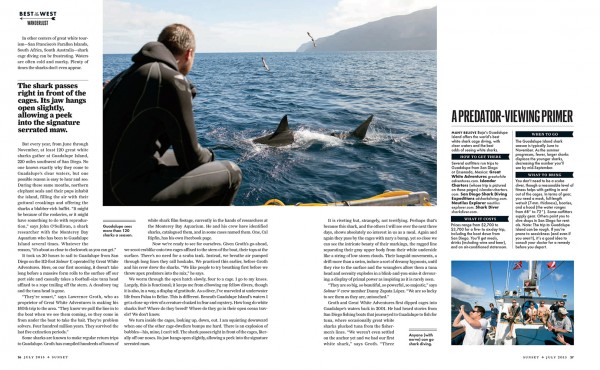 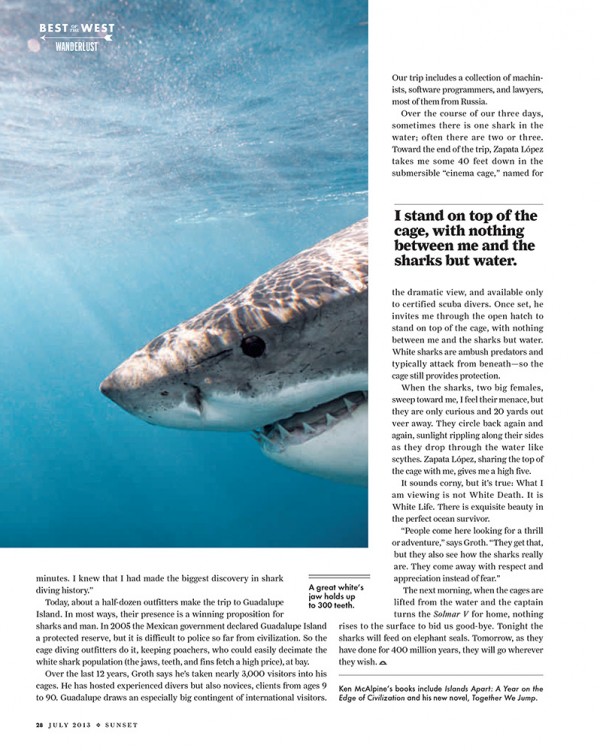