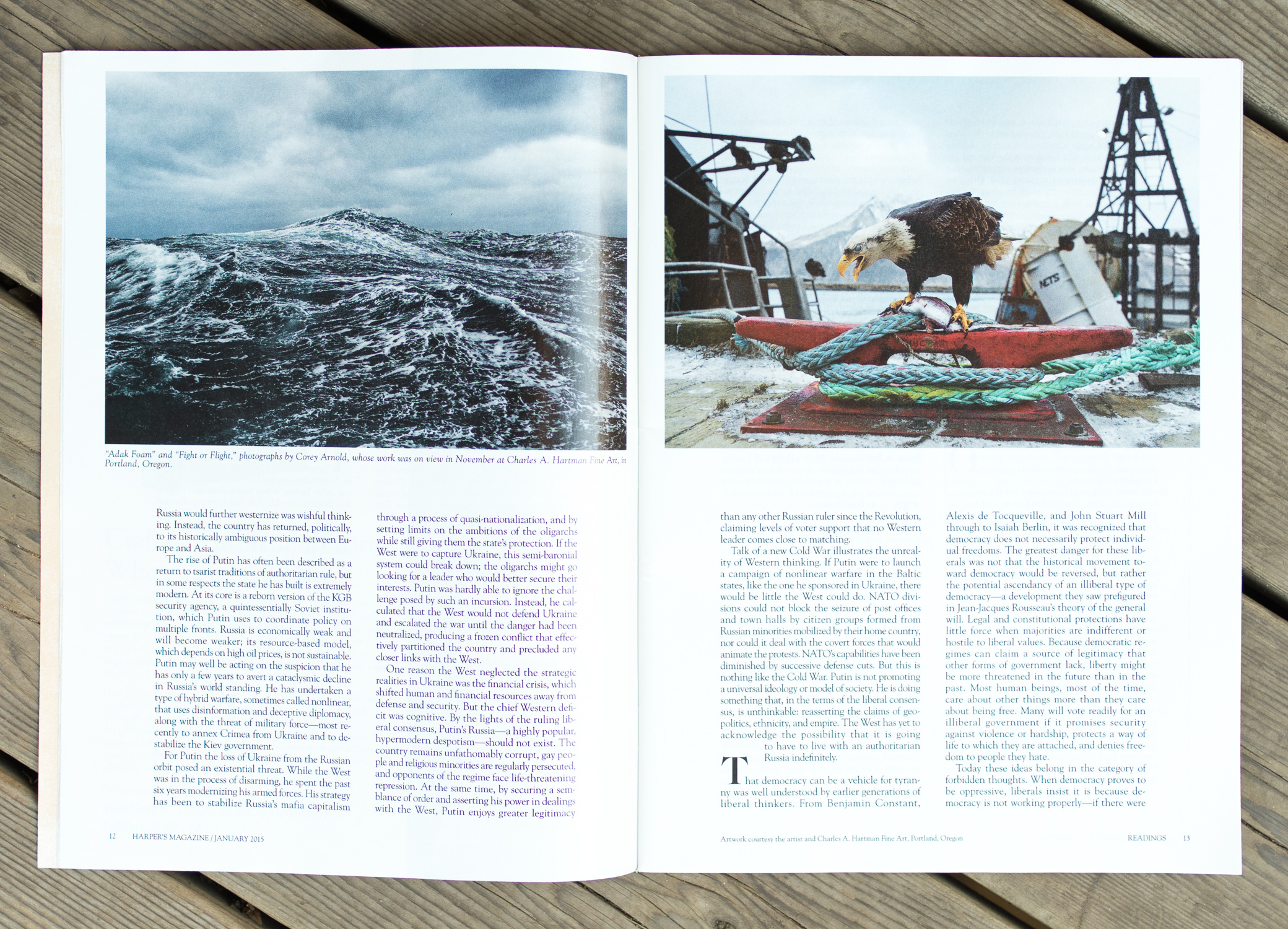 The January 2015 issue of Harper’s Magazine featured a couple of images from my “Wildlife” Exhibition which was on display during November 2014 at Charles A. Hartman Fine Art in Portland, OR. Adak Foam and Fight or Flight are two new images, part of an ongoing series exploring the unique experience of man and nature in the Aleutian Islands. I’m so grateful to be included in Harper’s!