Out now is a story in the September 2012 issue of Portland monthly that’s worth a look. The text was written by my salmon wrangling accomplice, Tim Sohn who painted a beautiful picture of Graveyard Point, the remote Sockeye Salmon encampment we live and work from at the mouth of the Kvichak River in Bristol Bay.  In the spotlight are my friends who run a salmon CSA out of Portland and Brooklyn called Iliamna Seafood (good stuff). Thanks to the fine people at PM for the beautiful layout. I’ll be having a solo exhibition of images from the Graveyard Point series opening October 4, 2012 at Charles A. Hartman Fine Art in Portland’s Pearl district. Read the story along with an online slideshow here. 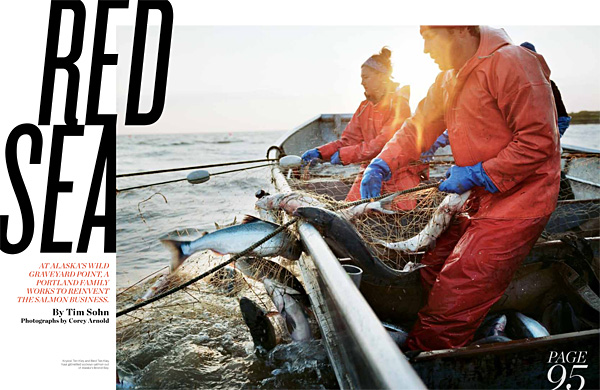 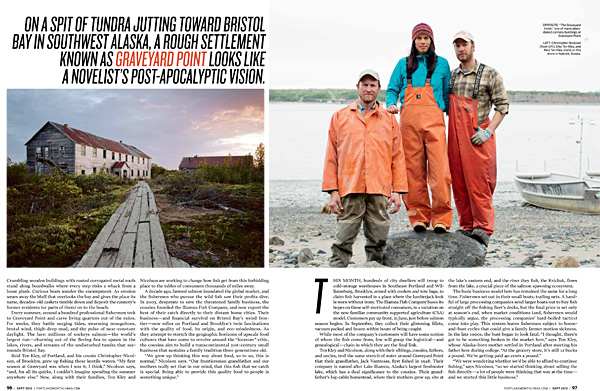 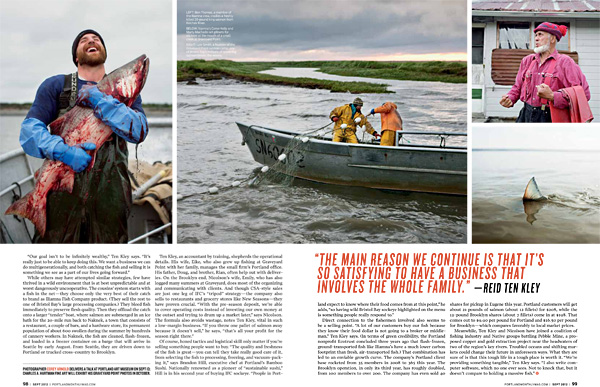 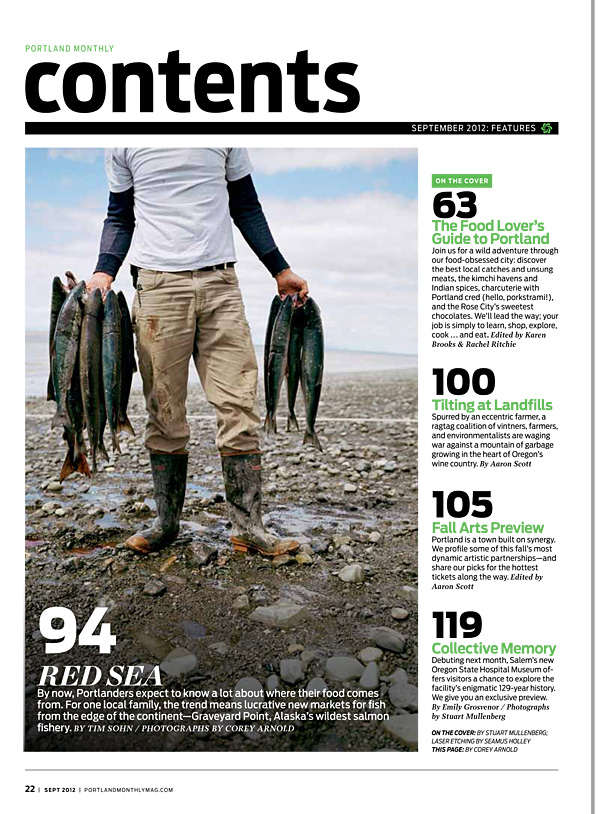