I’m in a group show in Portland, Oregon opening at Charles A. Hartman Fine Art on Thursday, March 1, 2012 among the company of some great dead guys and some of my favorite living photographers. Wow, lots of good shows this Thursday. Also check out Clayton Cotterell’s Unarmed opening at PNCA the same night. Many great NYC photographers seem to be making the pilgrimage to Portland these days. 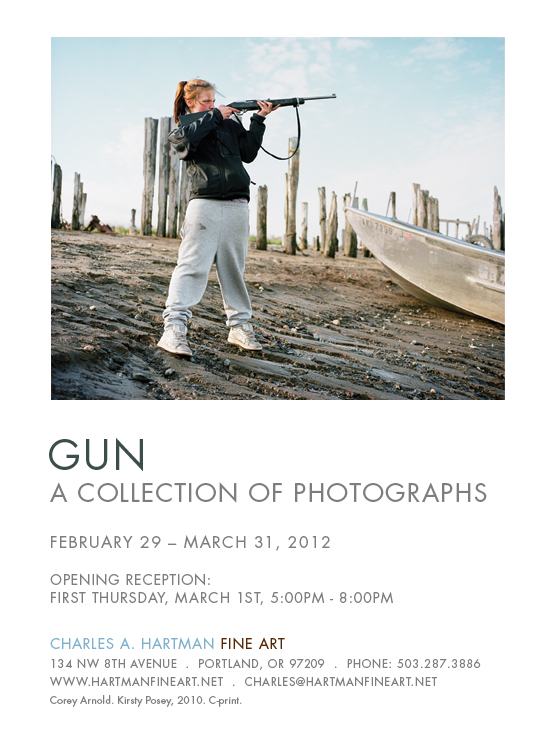 Portland, OR—Guns are a loaded subject. Their renderings in art are as varied as people’s views regarding them. From rifles for hunting to handguns for protection to weapons used in war and violent crime, guns are a part of American history, culture and mythology. With GUN: A Collection of Photographs, Charles A. Hartman Fine Art is excited to present an exhibition of compelling images both historical and contemporary. From tintype to c-print, the exhibition includes classic images by photographers such as Frederick Sommer, Danny Lyon, William Klein, Elliott Erwitt and Berenice Abbott, as well as recent works by gallery artists Mark Steinmetz, Raymond Meeks, Jason Langer and Corey Arnold.