When Geert Stadeus from Belgium based Snoecks magazine contacted me about showcasing my work, I had no idea what to expect nor that my sexy little cat “Kitty” would be featured on the cover. I just got my copy in the mail and pretty excited about the good company of some of my favorite photographers including Alec Soth, Alex Prager, Carl de Keyzer, Simen Johan, Alessandra Sanguinetti, Charles Freger, and Simon Norfolk.  Snoecks is an annual magazine – more book-like in scope – It’s been around since 1925, and has apparently achieved mainstream appeal in Belgium, the Netherlands and beyond?   My cover was part of a limited addition as the book usually features an incredibly cheesy 80’s style glamour fashion photo on the cover… quite in contrast to the selection of serious art photography portfolios found inside. A friend of mine with Dutch roots told me that her family has collected Snoecks since the dawn of time, and that her American friends when visiting would head strait to their Snoecks stash to catch a glimpse of some fine  euro-erotic photography that parents in the U.S. wouldn’t normally stock on their shelves. 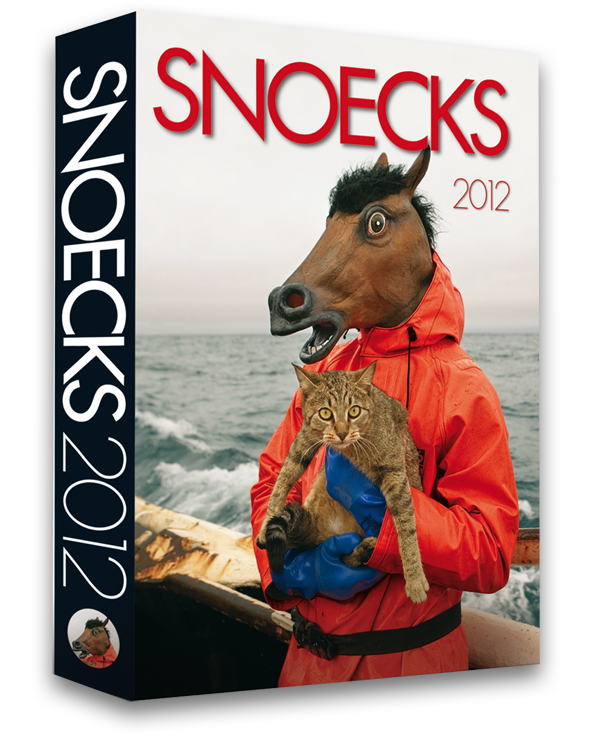 It’s been a big few years for my Kitty and Horse Fisherman photo.   Despite being ripped off all over the web, it’s shown up on the cover of many publications far and wide.  Here is a short list of covers that Kitty has shown up on around the world. 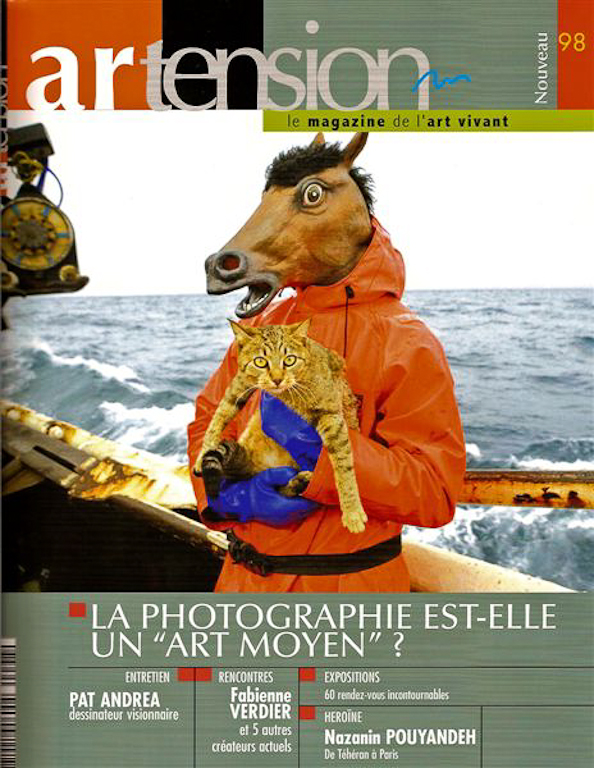 I suppose I should be flattered when a French Art magazine “Artension” puts a web compressed jpeg of the image on the cover of their mag without even asking me permission, or asking for a high res image.  One of my french spies spotted the mag on a newstand so I called them and they said:  “We sent you an email and you didn’t respond so we decided to print it anyway”. 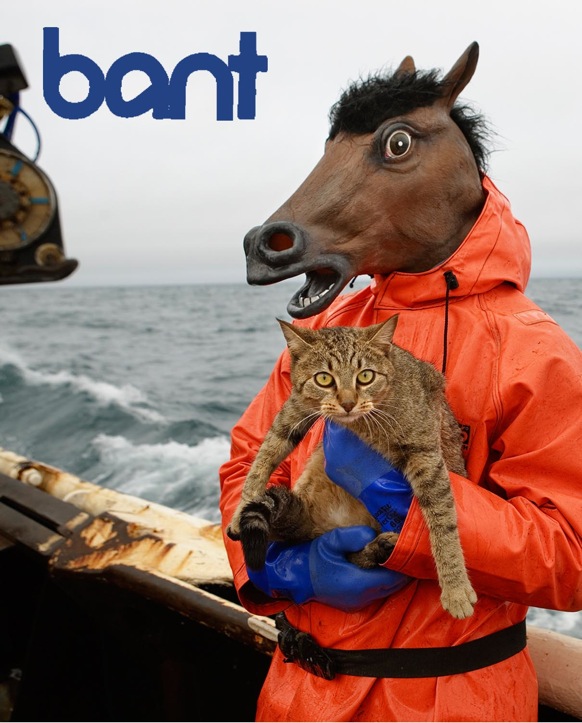 Bant Magazine is an art magazine in Turkey! 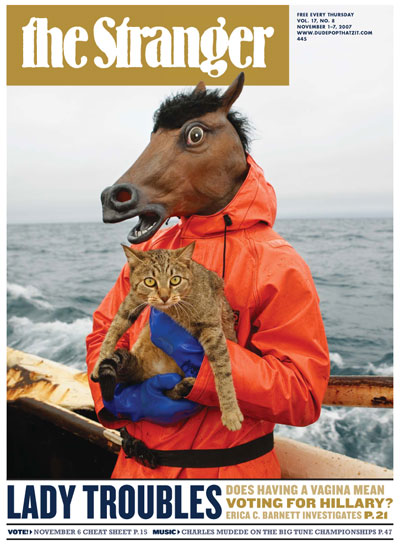 The Stranger, a weekly in Seattle for the halloween issue in 2007 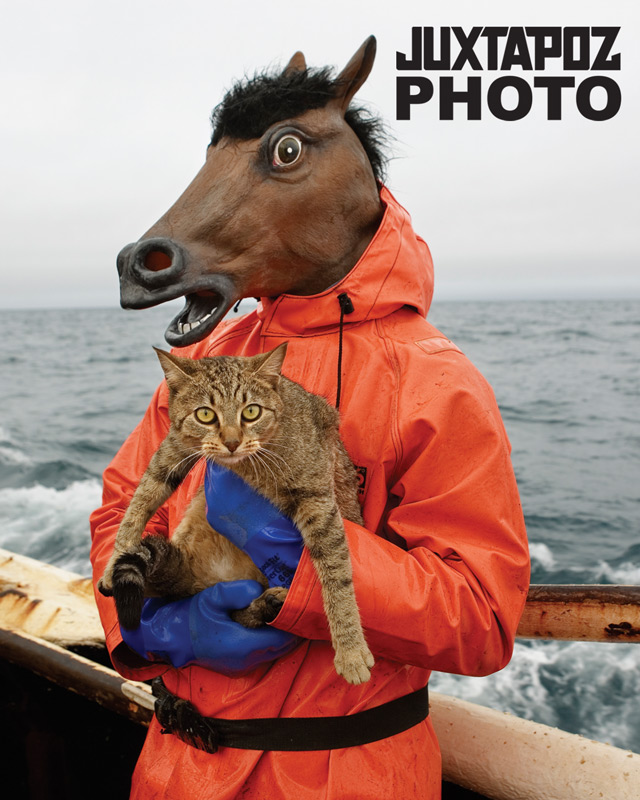 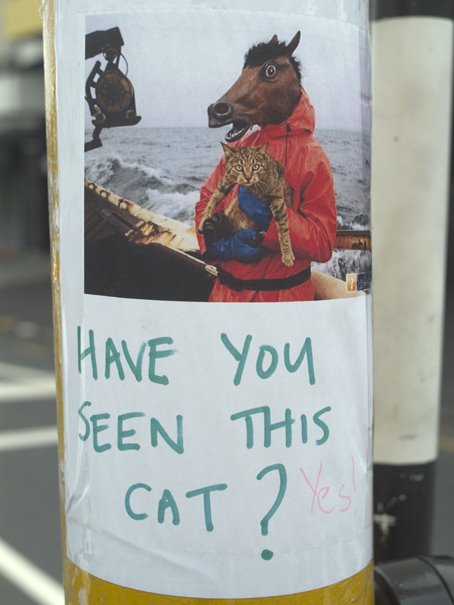 This is the oddest of all: a great photographer named Harvey Benge sent me an email back in ’09 saying that he’d come across this flyer on a pole in Auckland, New Zealand. 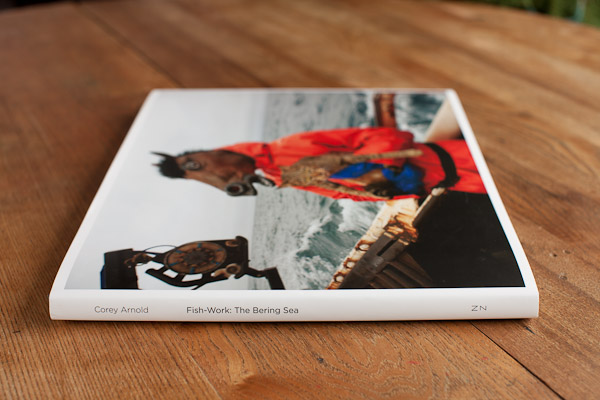 My monograph Fish-Work: The Bering Sea