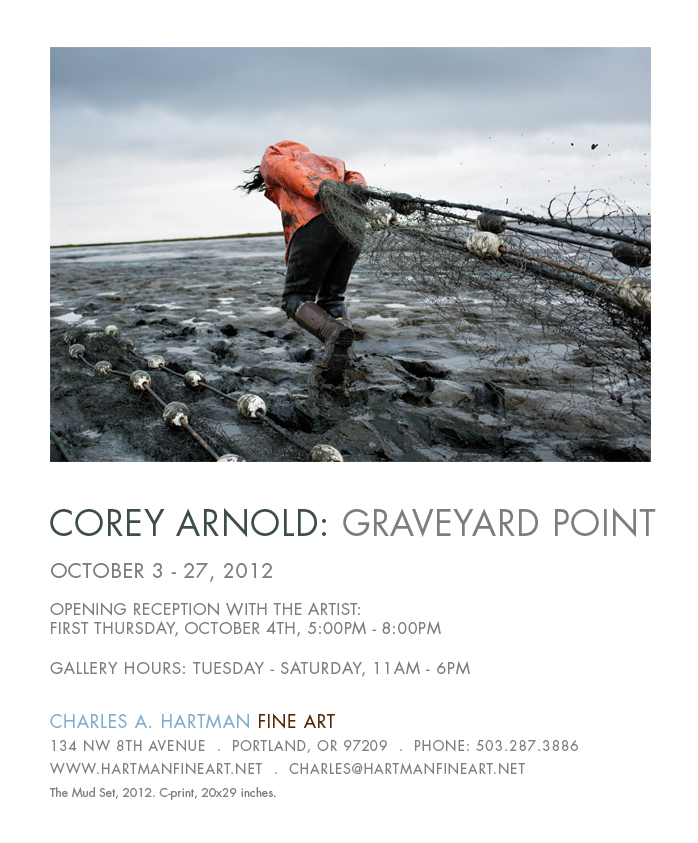 Deep in Southwest Alaska, surrounded by mosquito and grizzly bear infested tundra, lies an abandoned salmon cannery known locally as Graveyard Point. The cannery sits at the mouth of the Kvichak River, one of the five rivers that empty into Bristol Bay, home to North America’s Last Great Sockeye salmon run.

Every year during the months of June and July, about 130 commercial fishermen from around the U.S. converge there and set up seasonal fishing residences in broken down dormitories and dilapidated shacks that have sat empty for decades. The fishermen are Christians, Mormons, Atheists and Neo-Luddites; ex-convicts and construction workers; dog mushers, trappers and suburbanites; city slickers and Native Americans. Most days there is camaraderie among the disparate squatter groups, but periods of insomnia driven mania have occasionally stirred up conflict, even gunfire among rival fishing families.

The community at Graveyard Point teeters on the edge of a sandy bluff overlooking a vast delta of extremes. Coffins fall into the sea and the bones of unnamed fisherman collect at the tides edge. Dogs roam the beach chasing bears and four wheelers. The fishing work happens at a furious pace when tens of millions of Sockeye seemingly arrive at the same moment every year. Nets are rapidly sunk by the masses of fish as extreme tides tear through canyons of undersea mud. Men and woman work 20 hours a day in small open boats no matter the weather or time of day. In the end, great fortunes can be earned or lost, depending on the fisherman’s skill or luck and the avoidance of injury.

Graveyard Point and people who benefit from the nearly 40 million fish returning to spawn each year to Bristol Bay are under threat by the proposed Pebble Mine which, if developed, would become one of the worlds largest open pit copper mines placed directly at the headwaters of two important Bristol Bay river systems.