The photographs from my new book, Fishing With My Dad 1978-1995, published by Nazraeli Press along with never before seen images from the archive of my father, Chris Arnold, will be on display at the beautiful Ampersand Gallery and Fine Books in Portland, Oregon.  The show opens on October 15, 6-10pm, and runs through November 27.  My Dad and I will be present to answer questions about my choice of fashion in the 80’s.  Hope to see you there! Below is the press release 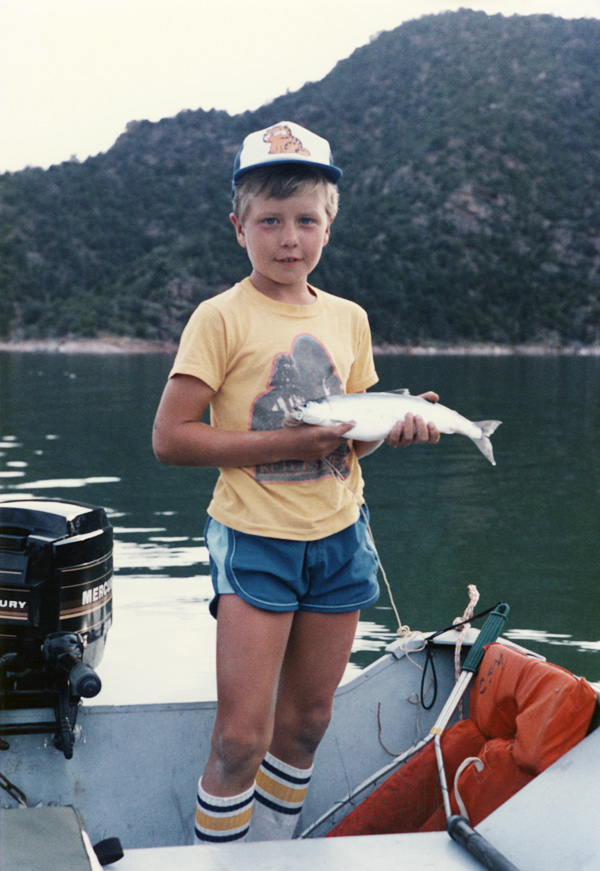 Ampersand is pleased to present an exhibition of photographs curated by Portland photographer, Corey Arnold. The show is a collaboration of sorts between Corey & his father, Chris Arnold, who made these photographs throughout his son’s childhood as he grew up an avid sport fisherman in Southern California. The photographs speak to the fact that fishing & story telling go hand  in hand & that cameras & their snapshots have historically served to verify the truth of often questionable narratives. Recently published by Nazraeli Press in One Picture Book #69, the photographs also record the trajectory of a life in which fishing & photography have never been far apart. Indeed, Arnold is best known for his ongoing photographic project entitled Fish-Work, which chronicles commercial fishing throughout the world. He brings to this body of work not only his own firsthand experience as an Alaskan commercial fisherman; but a life-long passion for fishing, the roots of which we see here in snapshots that were made while fishing with his dad.

Corey Arnold’s photographs have been exhibited worldwide. He is represented by Charles A. Hartman Fine Art in Portland & Richard Heller Gallery in Santa Monica.  His first book, Fish-Work: The Bering Sea (2010), was named one of the best photo books of the year by PDN & American Photo magazines.  He has been published in The New Yorker, The Paris Review, Esquire, Whitewall, Outside, Juxtapoz, Art Ltd & Italian Rolling Stone; was chosen for the 2010 Portland Biennial & named one of PDN’s 30 top emerging photographers in 2009.

We are also pleased to announce that the second printing of Arnold’s widely acclaimed book, Fish-Work: The Bering Sea, which was published by Nazraeli Press, is now available to purchase at Ampersand. We’ll have several copies available the night of the opening & Arnold will be on hand to sign them.